Alright, so we know the Samsung Galaxy Note 2 on display today at IFA 2012 is running very early software and is not final. That being said, we were still more than curious to see how the device performed in a round of benchmarks. We've seen a few early benchmarks of the phablet back when it flew under the radar as the GT-N7100 in a GLBenchmark. Now it's time to see the rest as tested by the Korean blog SmartDevice. 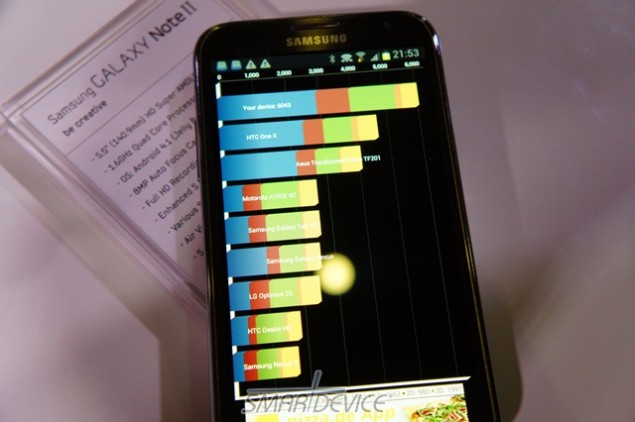 Quadrant: 6043 (by comparison, the international Galaxy S3 scored a 5200 running ICS). And yes, Quadrant can be easily manipulated — we know this. In this case, it's a score from a completely stock device running Jelly Bean. 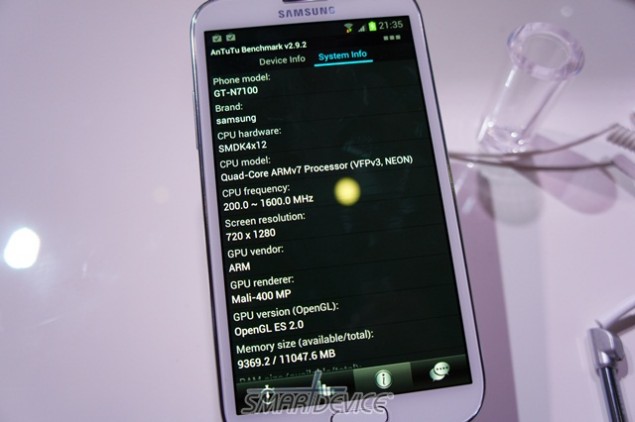 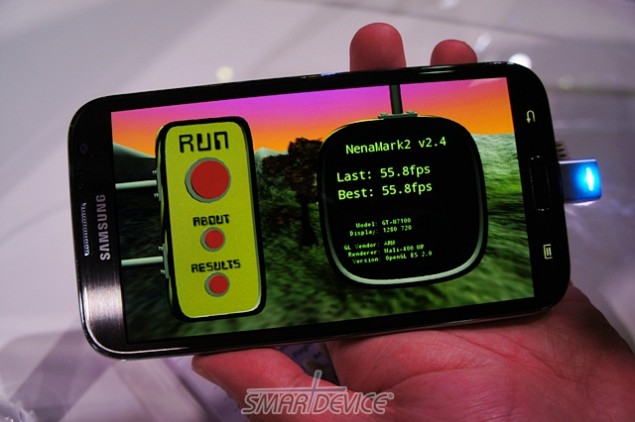 And that, my friends, just about rounds it up for the benchmark gauntlet. It's interesting to see the Galaxy Note 2 scoring better than the Galaxy S3 in many cases, but as I mentioned before, the Note is running a newer software version — Android 4.1.1 Jelly Bean to be exact — and a slightly higher clocked 1.6GHz Exynos quad-core, giving it the slight upper hand. It goes without saying that benchmarks are in no way indicative of "real world” speed, so please refrain from comments like, "My device scored over 9,000!” We know. You're awesome.